Reviving the King: A plan to bring Budweiser back

For lack of a better term many craft beer fans, myself included, have fallen into a trap. Our palates have been so wrecked by hoppy IPAs and super roased imperial stouts, that we deride the traditional and maligned American lager. The pretension that comes with looking down on mass-marketed American lagers is a craft beer right of passage. 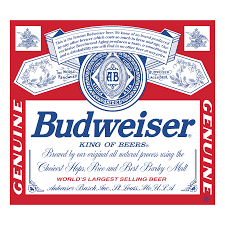 Homebrewing has made me appreciate how exceedingly difficult it is to brew an American lager. If it is fermented at few degrees to high of a temperature, without pitching enough yeast, and sufficiently oxidizing the wort, the esters produced by the yeast will make the beer taste like a sour-apple Jolly Rancher.  That is if the beer fully attenuates at all, producing enough alcohol and sufficiently drying out the finish. The use of unmalted corn or rice can add additional steps to the mashing process. If the beer isn't cooled rapidly after the boil, it will never come close to the brilliant clarity it is supposed to have. If anything goes wrong at any point in the process there aren't copious amounts of hops and/or roasted malts to hide any imperfections.
Read more »
Posted by Jason Chalifour at 6:23:00 PM No comments:

As you may be aware, Wicked Local who is kind enough to host this blog is currently having its annual Readers Choice Awards for 2015. It is your chance to vote for your favorite local shops, restaurants, and even win great prizes! Click here to vote. 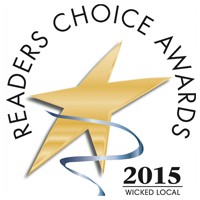 As the "Would-be Brewmaster" nobody cares what my favorite shoe repair shop is or where I get my hair cut. When deciding where to go out to eat, beer selection is always a factor. Maybe, just maybe my opinion is valued there. Here are a few of my beer-influenced picks:
Read more »
Posted by Jason Chalifour at 9:29:00 AM No comments:

Email ThisBlogThis!Share to TwitterShare to FacebookShare to Pinterest
Labels: commentary

One of the most notable trends in craft beer is tasking previously malty styles and hopping the ever-loving-crap out of them. Deschutes with its Chainbreaker, and locally Harpoon with Long Thaw have released White IPAs that take the malt and yeast profile of a witbier with the hop profile of an American IPA. When I brewed the Walk-Off White, a traditional witbier, I was pushing the envelope a little bit with a tiny hop addition at the end of the boil. Here I am turning the traditional witbier on its head.


The Beer Judge Certification Program (BJCP) is in the process of updating its guidelines. Since the last version was released in 2008 there have been many new styles and sub-styles. Under the current guidelines the only IPA styles were English, American, and Imperial. Anybody who has been to a bottle shop the last few years know that those three styles aren't nearly broad enough. The BJCP published draft guidelines in 2014 adding numerous new styles, including every genre and sub-genre of IPA that I have seen. There aren't a ton of widely distributed White IPAs on the market or recipes out there. The draft guidelines for White IPA were my starting point.
Read more »
Posted by Jason Chalifour at 4:26:00 PM No comments:

Carbonation can make or break your beer

Nobody likes a flat beer. In my (misspent) younger days I would frequently post-game (continue drinking) after closing the bar (being dragged out of an establishment by an employee of said establishment). I'd crack open a beer after 1:00 a.m. and more often than not pass out before I could finish. I'd wake up in the morning to a flat beer in the fridge that I decided to save for some reason. Finishing a leftover beer like that was never pleasant, but felt like a necessity.

A flat beer is just that flat, a dull, lifeless beverage. Carbonation along with the body of the beer are the two contributors to the mouthfeel of a beer. The textural attributes of a beverage in your mouth along with aroma and flavor are what makes the drinking experience.


A beer with a low carbonation level can have more of a creamy texture and a smoother finish. That can also enhance the more subtle malt and hop flavors. British and Irish styles, especially real ale served on cask have very low levels or carbonation and are served at cellar temperatures. These styles frequently have enough hop flavor or malt character to balance out the finish.


Broadly speaking different styles have different levels of carbonation. As a homebrewer who bottles, the way to adjust carbonation levels is to adjust the level of priming sugar, usually corn sugar (dextrose) added at bottling. For brewers who keg the key is adjusting the pressure from the CO2 tank.


I gave one of my Hot Stove Porters to a friend who had also had The Sustenence. The Sustenence was over-carbonated to the point where it had to be poured very slowly. Even then the beer was still quote foamy. When he had the Hot Stove Porter one of the first things he said was that the carbonation level was perfect. I went for a lower level of carbonation to enhance the roasted malt flavors. There was enough hop flavor and roasted malts to make sure the finish wasn't overly sweet.


Websites like Northern Brewer and Tasty Brew have calculators that make it very easy to know how much priming sugar to add to reach the desired level of carbonation. The standard level of priming sugar to add to a five gallon batch of beer is 4-5 oz. For most common styles like an American Pale Ale, assuming the wort is at room temperature, this works perfectly well. Homebrew shops sell pre-measured packets to boil in water and add to the wort on bottling day. Recipe kits often come with one of these packets thrown in regardless of  the style of beer.


The Welkin Ringer ESB kit from Beer and Wine Hobby that I brewed a few weeks ago came with one of these packets. English Bitters, even bottled as opposed to cask versions have low levels of carbonation. Reviews from Beer Advocate indicated the real version from Mystic Brewing had low to medium-low carbonation. When I plugged in the wort temperature, desired carbonation level and volume into the Northern Brewer calculator here was what it recommended:

I added the priming sugar the calculator recommended which was about half the volume of sugar in the packet. It also tells you how much volume of other types of sugars to use on bottling day. This came in handy when I felt the Ground Rule Double was too light and I decided to use Dark Candi Sugar to prime my bottles to add a little more color to the finished beer.


Weighing priming sugar on a scale is usually preferable to measuring with measuring cups because it is more exact. Since the calculator suggested adding 0.33 cups to the Welkin Ringer ESB, exactly 1/3 of a cup, I measured my priming sugar out of laziness. That is actually less than I used for the Hot Stove Porter so the carbonation should be lower. The finished beer should have enough hops and specialty malts to still have decent head retention.


Proper carbonation is a small change that can make quite a difference. It certainly can help your beer taste more like a commercial beer than a homebrew.

This week there have been several articles that have made waves in the craft beer world. Boston Magazine had an article about how craft beer has left Samuel Adams behind. Local homebrewer Vinny Mannering wrote a rebuttal to the article taking issue with those who called Sam products "mediocre" which went viral on social media. In another article, the founders of West Coast craft beer pioneers Widmer Brothers and Deschutes lamented the fact that as they have grown in size, the perception some have of their beers have changed.

If a beer is well made, it is well made. I don't care if it is a homebrew, a local nano-brewery brewing out of a garage, a "too big to be cool craft" brewer, or even a macro from AB InBev. People who won't drink or say a Boston Lager or Guinness Draught suck because of their own preconceptions just shouldn't be taken seriously. If you have valid and informed reasons why you don't like a beer I have no issue with it. There is a reason why stores, bars, and restaurants have more than one beer in stock. Too many beer drinkers can't or won't; sadly asking people to be honest and open-minded is often too much to ask for.
Read more »
Posted by Jason Chalifour at 8:10:00 AM No comments:

Today witbier is a popular craft (and crafty) beer style. In contrast to IPAs that are almost ubiquitous, witbier is very lightly hopped. Perhaps that's why macro-brewers choose witbier as the flagship of their crafty brands like Blue Moon and Shock Top. The low level of hopping saves money on ingredient costs.
The style was on the brink of extinction until Pierre Celis started his own brewery in the Belgian village of Hoegaarden and revived the style. The style has grown and evolved in the US since then. There are traditional examples like Allagash White; cleaner, more American examples like Harpoon UFO White; and Lienenkugel's Sunset Wheat, which is actually a lager and has none of the yeast flavors traditionally found in the style. The common thread is the low hopping, use spices to compensate for the lack of hops (typically coriander and orange), and the use of pale malts with a high percentage of unmalted wheat. The proteins in the wheat, and low to medium floccuation of traditional ale yeasts give the beer its cloudy, almost white appearance.
Read more »
Posted by Jason Chalifour at 10:29:00 AM No comments:

New Toys: I finally have a big boy kettle!

When I first started brewing with malt extract syrup and a small amount of steeping grains I purchased a 3 gallon stock-pot. This worked perfectly well for extract batches while matching the rest of my top-of-the-line Target Brand Chefmate cookware. It is still the kettle I use for my one gallon batches and has other uses like collecting milled grains and heating up sparge water when needed.

After a few months I wanted to make better beer and learned the importance of boiling as much of the wort as possible. I also wanted to start partial-mash brewing. Anything over 2-3 pounds of grain was too much for the 3 gallon pot, so I upgraded to this 5 gallon pot as my main kettle. This has worked well for two years, but I have outgrown it.
Read more »
Posted by Jason Chalifour at 8:00:00 AM No comments: