Shortly before I rejoined the North Shore Brewers, the club obtained two used Samuel Adams Utopias barrels. Utopias is one of the rarest and most sought-after beers in the world. I was lucky enough to have a very small sample at the brewery. I made sure to savor every mini-sip. It is a big deal for the club to have gotten its hands on the barrels.

Around the time I joined, the club filled both barrels with an imperial stout; a clone of Portsmouth Brewery’s Kate the Great. Several members of the club brewed the beer, let it ferment out, filled the barrels, then after the beer had aged for several months got the same volume of the now blended beer back. On top of that the club got five gallons to pour at Jamboree. The keg at Jamboree kicked fairly quickly once word spread the club had a Kate clone. I made sure to try some early on, and it was outstanding.

After emptying both barrels the club decided to fill one of the barrels with an English Barleywine. Like the SMaSH Base Malt beers we brewed earlier this year, the SMaSH Barleywine used a single malt, Maris Otter, and single hop East Kent Goldings. A big beer like this uses a lot of grain, 20 pounds to be exact. There was no way I would be able to brew that at home. The brew day would also be very long. I wouldn’t want to impose a long brew day like that on Andy. As it is we will do well to squeeze in one last brew day before winter.  In my mind I was going to sit this one out and maybe brew something when it is time to fill the second barrel the second time.

At the last meeting I was encouraged to brew a batch of the barleywine because there was room in the barrel for another three batches before it would be full. I texted my friend Pat who is also in the club and we arranged a brew day at his house. 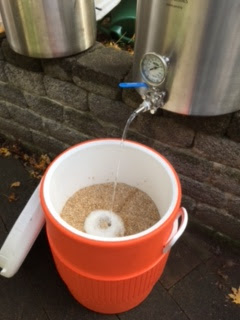 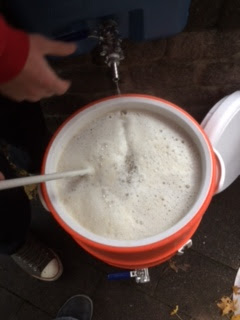 My 10 gallon igloo cooler mash tun was plenty large to accommodate all of the grain and mash water. Pat asked about maybe brewing a 10 gallon batch, but we would not have been able to do it with the equipment we have. Our target mash temperature was right on the money at the end of the mash rest. 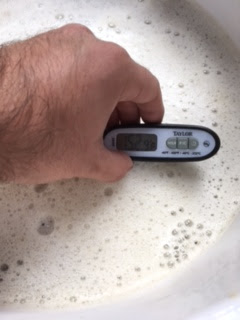 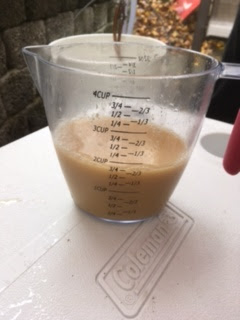 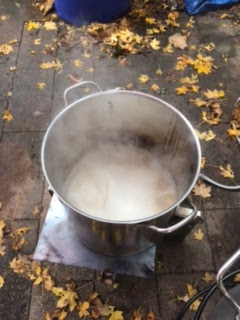 The recipe called for boiling down one gallon of the first runninigs, that is the first liquid to run out of the mash tun after the mash and is the highest in sugars, all the way to one quart. The idea is the concentrated first runnings would add some additional malt complexity to a single-malt beer. The boil was 90 minutes. The longer boil enabled us to collect more fermentable sugars before boiling it down to our five gallon batch. 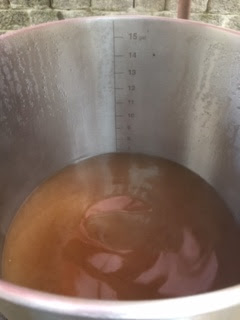 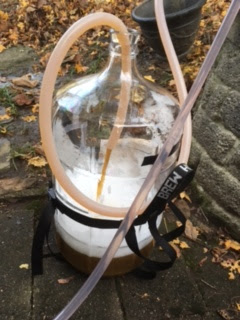 We started around 10:00 a.m. and finished around 4:00 p.m. While long the brew day was fairly smooth. In about three weeks we will drop off the beer to be racked into the Utopias barrell. From there it will probably be at least six to nine months before we can collect our share. The plan at that point is to add some fresh yeast before bottle conditioning and splitting the bottles.

from WordPress http://blogs.gatehousemedia.com/thewouldbebrewmaster/2016/11/09/brew-day-utopias-barrel-smash-barleywine/
via IFTTT
Posted by Jason Chalifour at 8:10:00 AM