As I was writing my post about Courageous Kevin’s Cream Ale and Pugnacious Pete’s Porter, I tried to link to my brew day post about my 2016 batch of Pa’s Lager.  To my astonishment, the post did not exist. I had completely whiffed on putting a post together. It’s not the first time I have brewed a beer and not written a brew day post, but I had really thought I had written it. My four and a half day holiday weekend can’t come soon enough.

This is the fourth year I’ve brewed Pa’s Lager. Originally called Pa’s Video Board Lager, we always kind of called it Pa’s Lager. It feels right to just name the beer what we call it.

After brewing essentially the same recipe in 2013 and 2014, I adjusted the recipe to better comply with the new International Pale Lager category. The beer may have been more stylistically accurate, but I didn’t enjoy it nearly as much. For 2016 I wanted to make the beer more like the original. 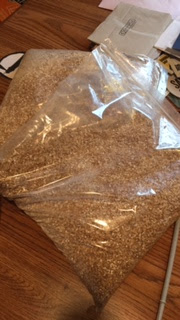 I discussed the recipe with one of my occasional coworkers at the Modern Homebrew Emporium Nafi, who also works as a brewer at Cape Ann Brewing.  The original recipe used a fair amount of Carafoam Malt. Carafoam adds body and head retention to a beer without changing the flavor. Nafi said he doesn’t use malts like Carafoam, and instead will adjust the temperature of his mash if he wants to add body to one of his beers. 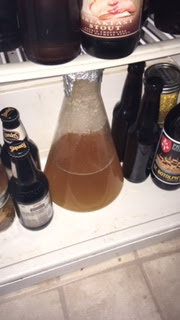 This made perfect sense to me. Also, the San Francisco Lager yeast has a very low attenuation further reducing the need for the Carafoam. When I designed the recipe I was still new to brewing and thought every beer needed a “Cara” malt of some kind. 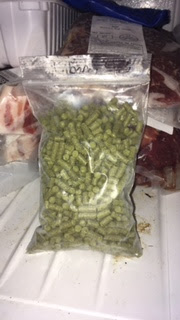 The recipe used to use Perle hops for bittering and Liberty for aroma. I was able to get my hands on about half a pound of Liberty hops which I used in the recipe for bittering and aroma. That’s also why I used Liberty in my Kevin/Pete split batch. As I was brewing I realized I had turned the beer into a SMaSH beer. 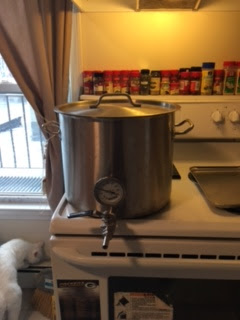 The one change I made to make the beer more like the early batches was to go back to adding a small dry hop a week before packaging. The recipe was designed to be a beer that would honor our Heineken-drinking grandfather, and that we would enjoy. That was why we punched up the gravity and dry hopped it in the first place. I don’t know why last year I decided to be a style Nazi all of a sudden.

I brewed this one at home again like I did last year. As you may have seen I bottled this year’s batch. The idea is to better be able to share any leftover beer and not have to lug around kegs, CO2 tanks, and my jockey box.

from WordPress http://ift.tt/2hilOED
via IFTTT
Posted by Jason Chalifour at 8:16:00 AM