Another year and another decade in the books! All-in 2019 was a very solid brew year for me. The only hiccup was the beer I brought to Ales over ALS and having to dump eight one-gallon batches. 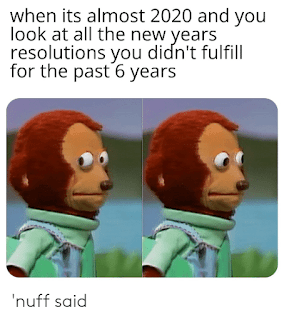 One of my big resolutions last year was to post more content. I did update this space more. I played around with posting video on YouTube until I realized I don't have the patience for video editing. I also consciously updated my Facebook page regularly. Even it it was something as simple as a link to an article or a photo. My engagement on Facebook has been strong and I've picked up a few new fans.

Dry(ish) January was mostly a success. I made it all the way to January 28th! On that day I was hanging out with the Buck family at Maine Malt House in Mapleton, Maine. There was a bar at the malt house and I may have gone overboard with sampling. From there I was snowed in and was lucky to find a hotel in Presque Isle.

I could do Dry(ish) January again, but I do think I have generally reduced the amount I drink. If my liquid calorie intake becomes an issue there is always Sober October or something else similar.

I never did retake the BJCP exam again in 2019. I didn't have time to study in advance of Homebew Con. After Homebrew Con I didn't see any other exams scheduled in the area. I'm fairly ambivalent about moving up in rank at this point.

My resolutions for 2019 were fairly modest and mostly successful. I brewed the beer I wanted to drink. As it turned out that meant I didn't brew a single IPA in 2019.  I have put some thought into what I want to accomplish in 2020, but not a great deal.


That list is a lot longer than I thought it would be!