Today witbier is a popular craft (and crafty) beer style. In contrast to IPAs that are almost ubiquitous, witbier is very lightly hopped. Perhaps that's why macro-brewers choose witbier as the flagship of their crafty brands like Blue Moon and Shock Top. The low level of hopping saves money on ingredient costs.

The style was on the brink of extinction until Pierre Celis started his own brewery in the Belgian village of Hoegaarden and revived the style. The style has grown and evolved in the US since then. There are traditional examples like Allagash White; cleaner, more American examples like Harpoon UFO White; and Lienenkugel's Sunset Wheat, which is actually a lager and has none of the yeast flavors traditionally found in the style. The common thread is the low hopping, use spices to compensate for the lack of hops (typically coriander and orange), and the use of pale malts with a high percentage of unmalted wheat. The proteins in the wheat, and low to medium floccuation of traditional ale yeasts give the beer its cloudy, almost white appearance.

Two years ago I brewed the first batch of Walk-Off White as a gift for my old roommate. We both loved Samuel Adams White Ale when it was their spring seasonal. Last year Cold Snap was introduced as the new spring seasonal. The taste was very similar to how I remember the White Ale tasting. My guess is that the main difference is the spices. Samuel Adams' website indicates different yeasts are used as well. I would have to have them back-to-back to put my finger on it. Anyway, I wanted to brew a beer reminiscent of the White Ale, but still unique.

The beer from two years ago was okay. I made the rookie mistake of overdoing the spice additions. In particular I added way too much chamomile. I also used mostly liquid extract which made the beer quite a bit darker than a "white ale". As Allagash founder Rob Tod suggested when he gave his tips for brewing a witbier, if the base malt is not below 2 lovibond (2 L) the beer will look like pond water. Most liquid wheat extract leave the factory at 3 L and only darken from there as they oxidize. If used in a witbier it will taste fine; the beer will just be darker than the pale straw to light gold range found in commercial examples and style guidelines.

With my new 8 gallon kettle I can mash most of my grist now that I have 60% more volume to work with. I topped off the wort with a little dry wheat extract. The beer should finish with about 5.03% ABV. So far the color looks like it should be right in the range of the BJCP guidelines. I also added honey to boost the fermentable sugars without having to add even more extract. Lienenkugel's uses honey in all their wheat beers; if it provides a touch of residual sweetness all the better.

Instead of choosing the sweet or bitter dry orange peel at the homebrew shop, I used all fresh citrus to impart that freshness in the beer. I threw in fresh orange peel from a navel orange along with freshly cracked coriander. I had forgotten until I reviewed my notes from two years ago that the original recipe also had lemon zest and grains of paradise. Sam Adams uses both prominently in their Summer Ale, but both are in the White Ale as well. I zested two lemons, adding that along with freshly cracked grains of paradise. A low hop aroma and flavor is optional in the style, so I included a very small hop addition with the spices. I used Glacier hops that I purchased for another beer I never ended up brewing. Glacier is a hybrid of about eight different hops and has a generic flavor and aroma that isn't reminiscent of a particular growing region making it work well in variety of styles.

I had every intention of using Wyeast 3944 – Belgian Witbier and/or White Labs WLP400 – Belgian Wit which is purportedly the Celis strain. I accidently bought an expired vial of WLP400. When my yeast starter on the stir plate didn't take off I had to call an audible and bought two packets of Wyeast 3942 – Belgian Wheat. My only concern is that the beer might finish cleaner and not have the same spicy phenols that the Belgian Witbier strain produces.

With any luck I can bottle this in 2-3 weeks and it will be ready at the seasonably appropriate time for spring beer. The full recipe with my notes is here. 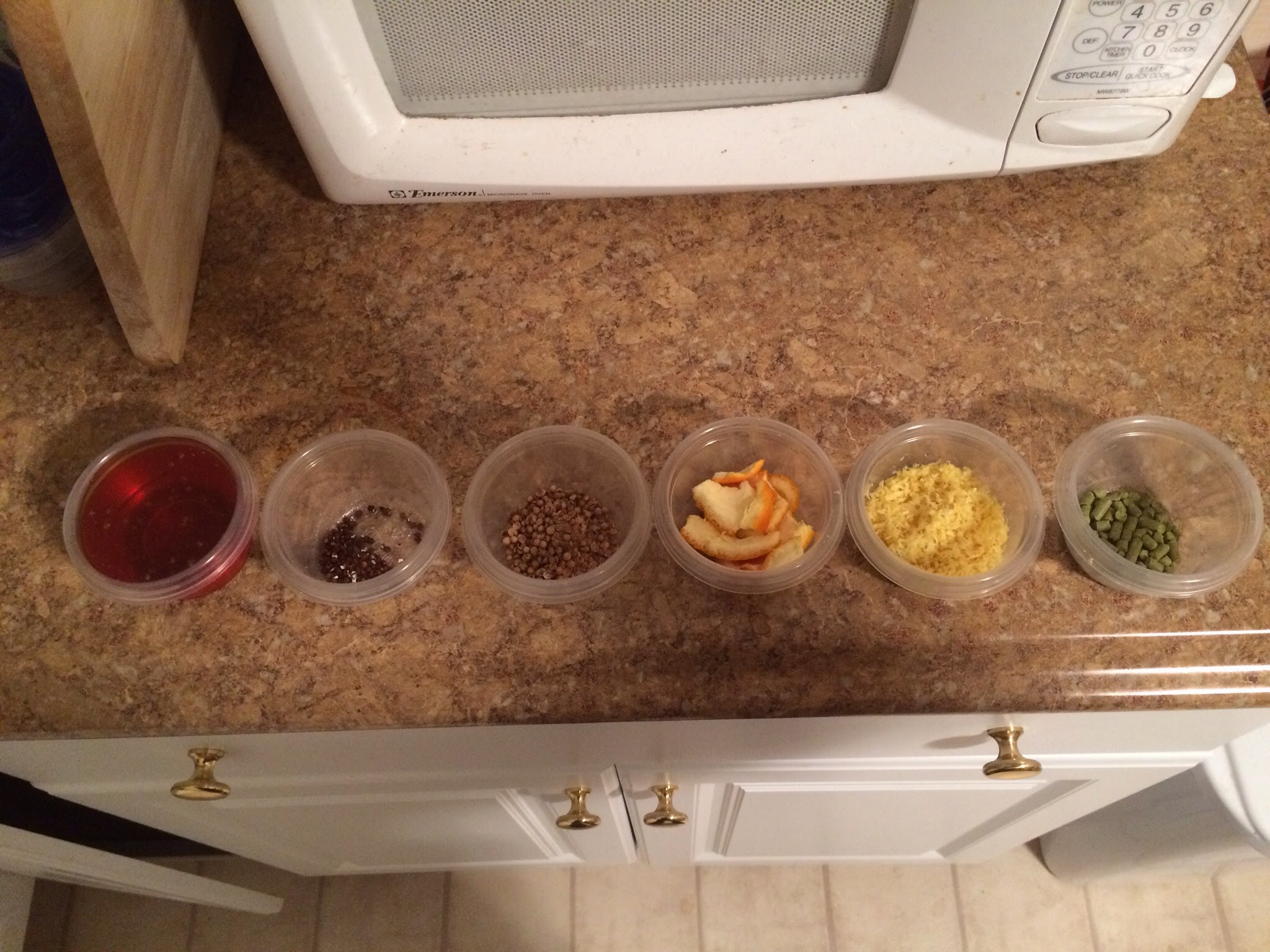 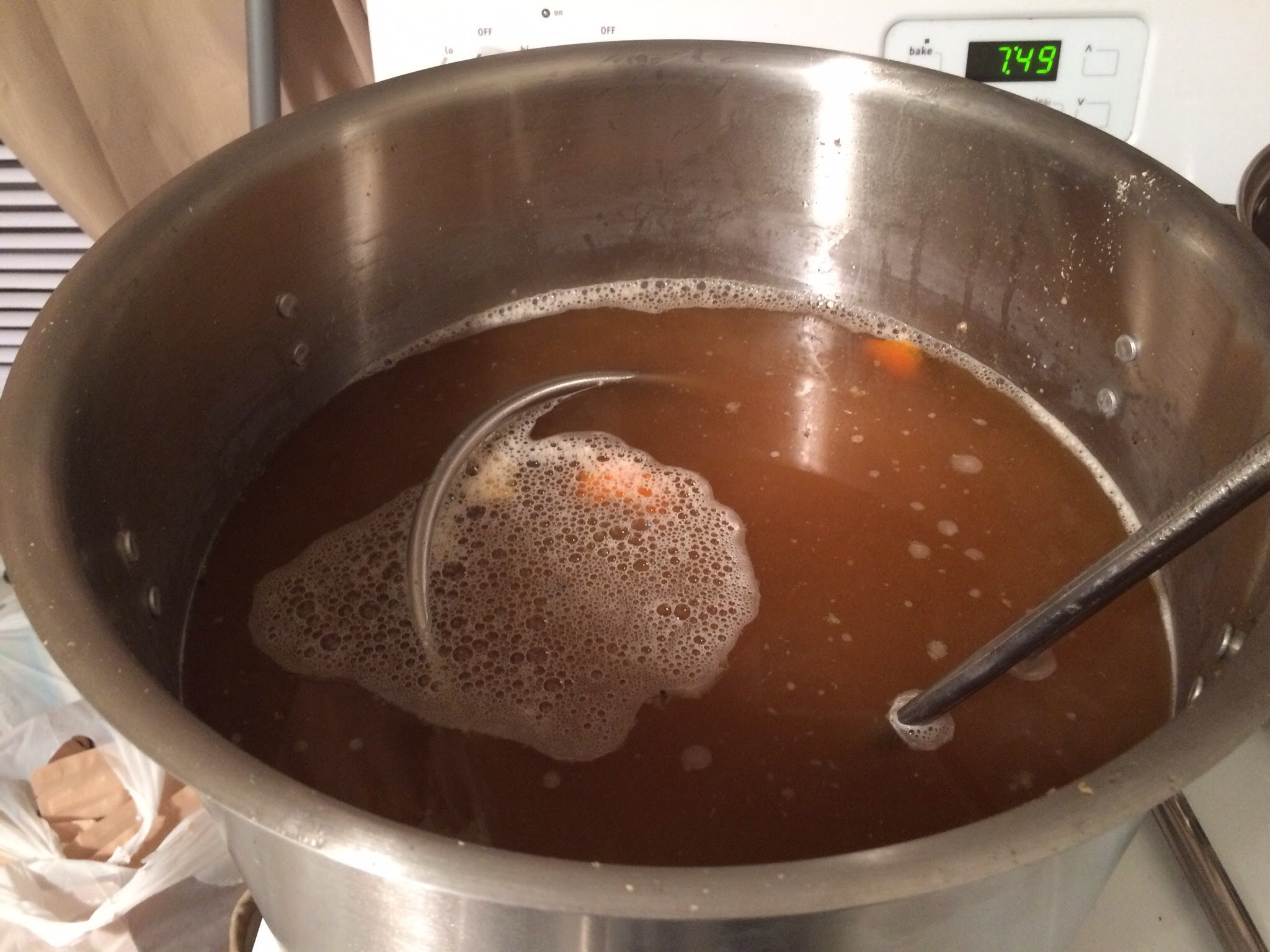 The orange peel is floating in the wort. The citrus flavor should balance the malt sweetness.[/caption] 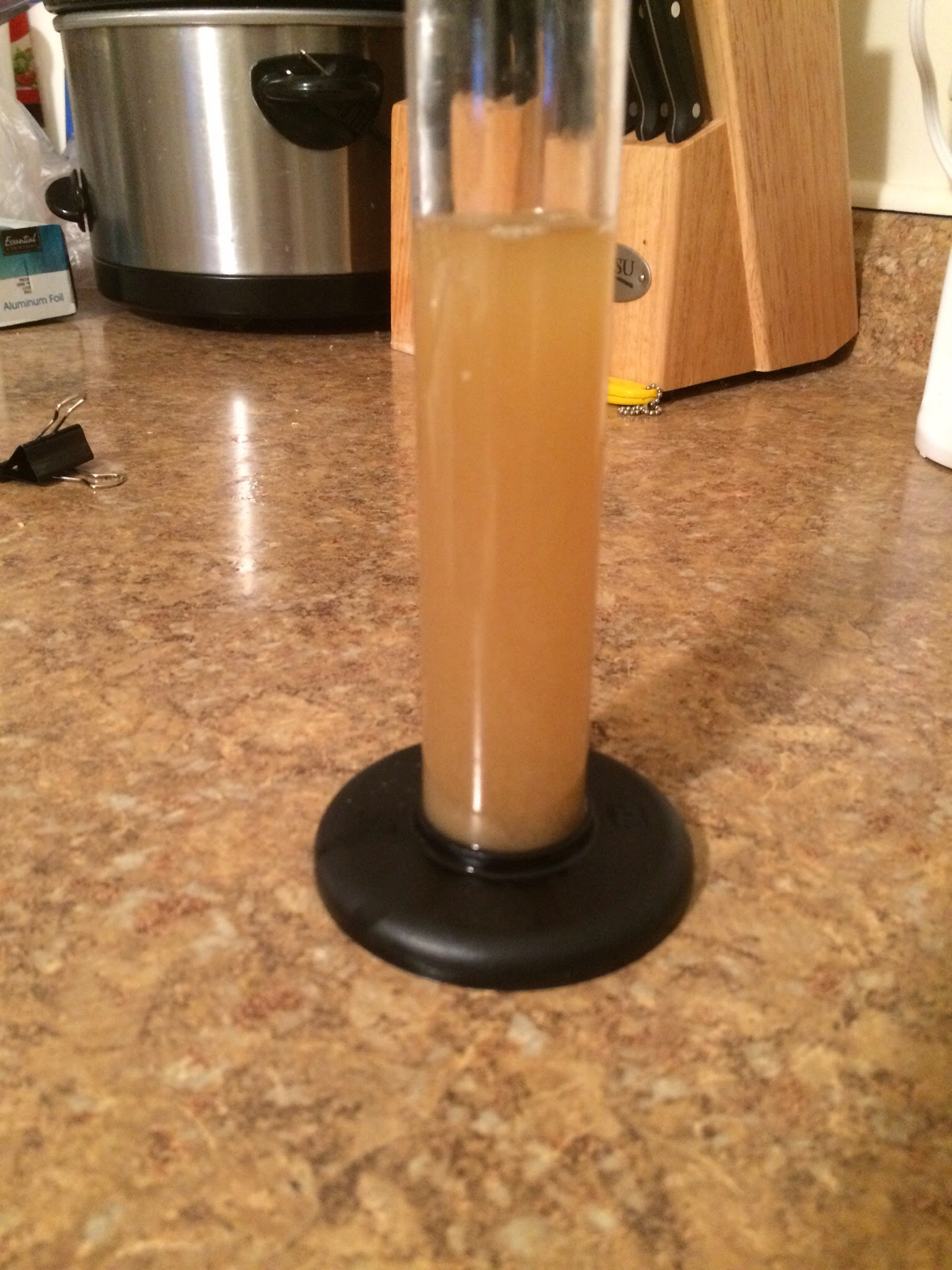 The color is right where I was hoping it would be.[/caption] 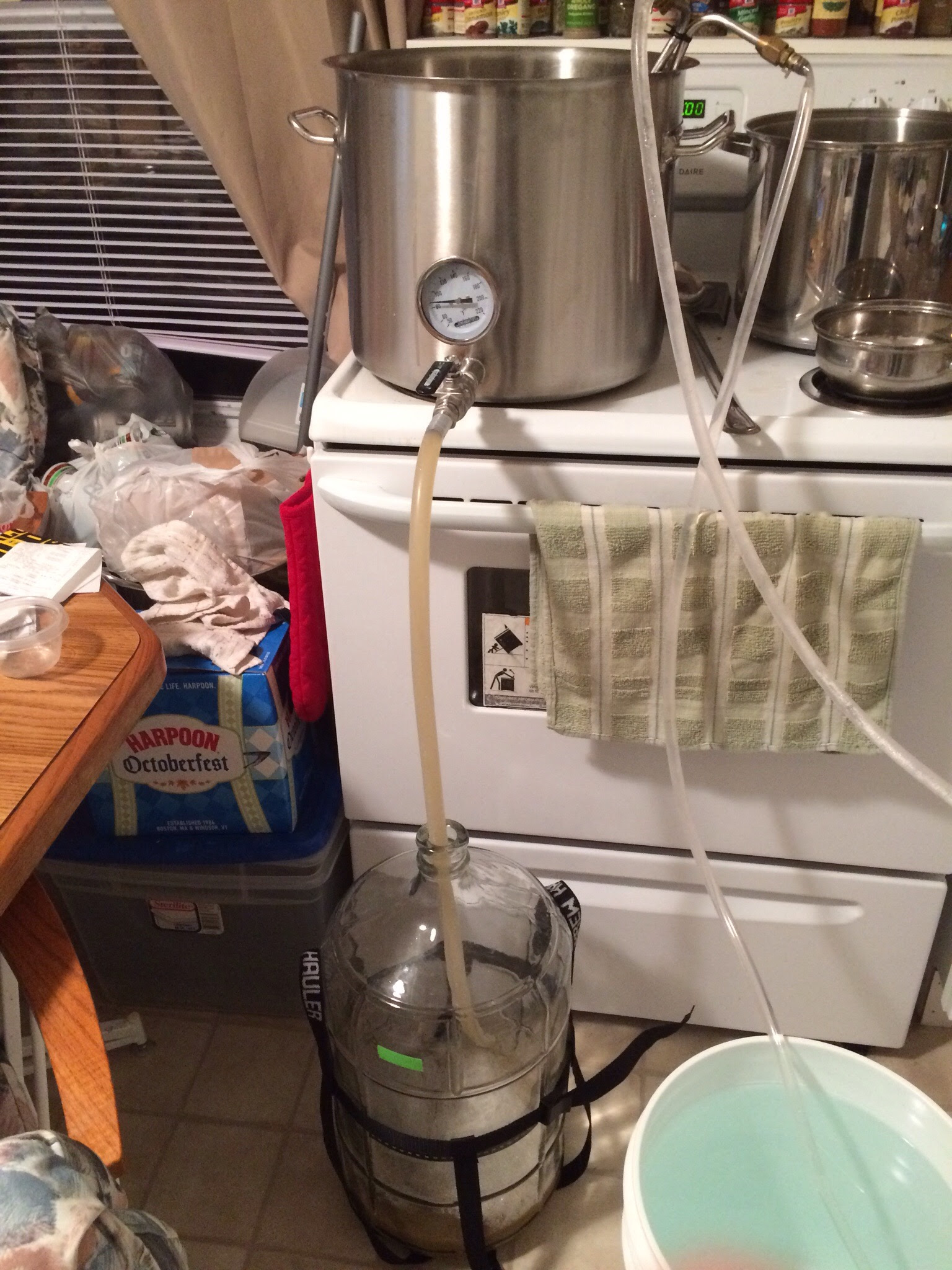 It was nice not to have to lift several gallons of wort.[/caption]