For years aggressively hopped IPAs have been marketed as "West Coast" IPAs. These were IPAs where the malt and yeast exist mostly as a canvas for the hops. The best examples from the West Coast widely available in the Boston area are from Stone and Ballast Point. Local brewers like Ipswich Ale and Newburyport Brewing have released IPAs that they market as West Coast. The proximity of major hop-growing regions in the Pacific Northwest helped the West Coast IPA as it came to be known evolve.

In the past several years New England brewers have started producing juicy, hoppy ales and IPAs. The mouthfeel is soft, malt flavor understated, and hop flavor massive. Several examples are available in Vermont, at Trillium Brewing in Boston, and in Portland, Maine. The mouthfeel and cloudy appearance comes from un-malted adjuncts liked flaked barley, oats, or rye.

In a post on his blog, Michael Tonsmeire also indicates that several of these new-school New England pale ales and IPAs have a bit more yeast character than beers that use the ubiquitous Chico yeast strain. In his recipe, Tonsmeire used one of my personal favorite strains London Ale III 1318.

I had been planning to brew my own New England IPA before I decided to cut back on my beer production. Then last week I received an email that there was a spot available at Ales for ALS in Essex. I volunteered immediately, then realized I would need to brew some beer! While my house is overwhelmed with beer, I didn't want to bring in a kit beer or bring in a 12-pack of eight different brews.

I needed to brew two batches to bring to the event, and I needed to go from grain-to-glass in four weeks. Given the short window I scaled down my original IPA recipe to a pale ale to make sure the beer had enough time to ferment. I also adjusted my ingredients based on the ingredients that Beer & Wine Hobby carries as I didn't have time to have all of my ideal ingredients shipped in. The ability to buy all of my malt by the ounce was a huge help and made sure I had exactly what I needed. 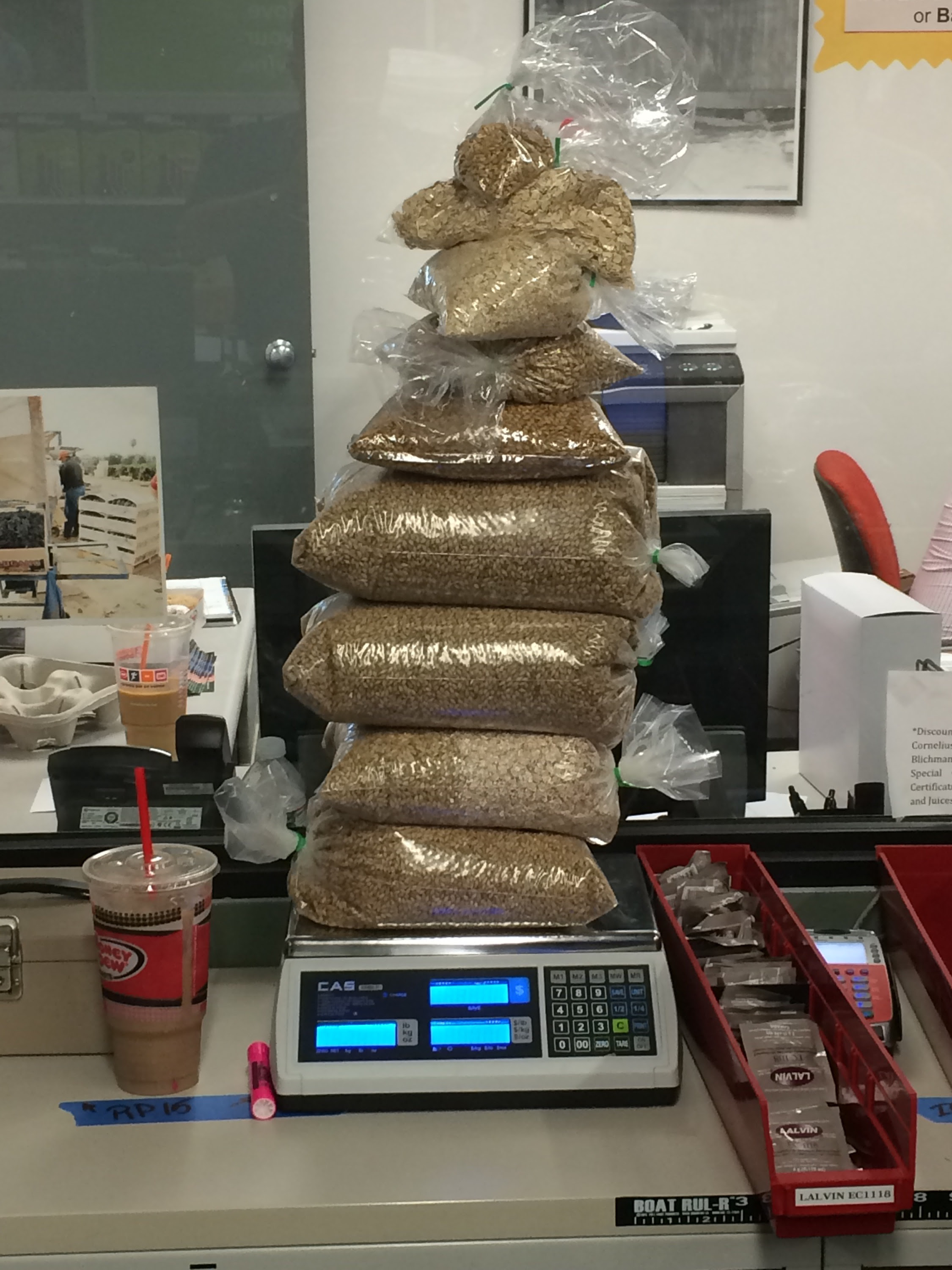 The grist was simple: Munton's Maris Otter malt and malt extract, flaked barley, and flaked oats. I loved how Irish Ale 1084 worked in a hoppy beer like Summer Somewhere. It's low to medium attenuation will give the beer a bit more body and will hopefully provide my desired soft mouthfeel. I chose two new, fruity hop varities Equinox and Azacca. The second dry hop will be leaf Ahtanum hops. 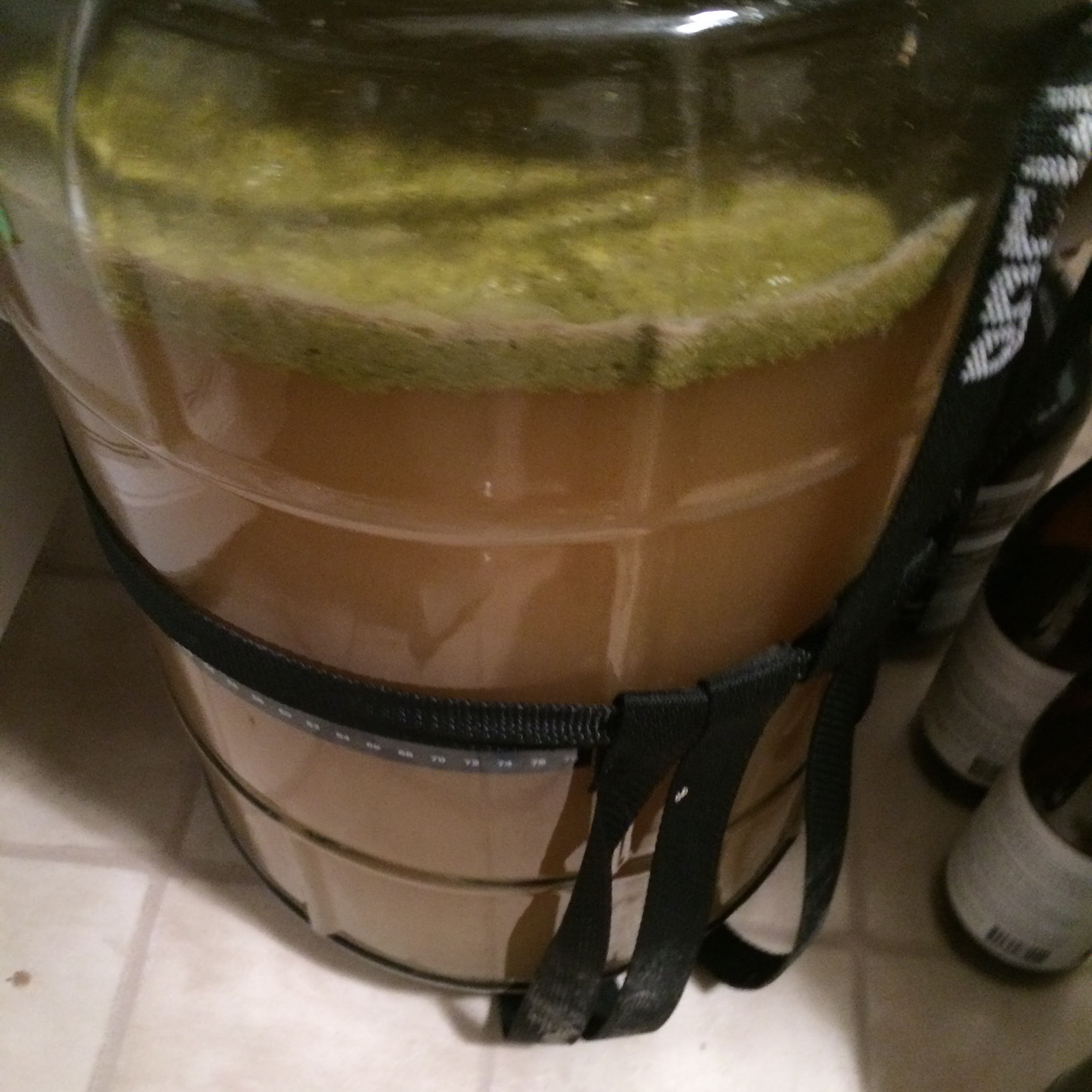 The other issue I had was that I already had plans to attend Bogie's Oktobeerfest on brew day. We ended up buying ingredients in the morning, going to the festival, and brewing at night. I was brewing until 2:00 a.m. I couldn't tell you if I held my target mash temperature or if my starting gravity is on target.

The unseasonably warm weather caused the beer to ferment in the low to mid 70s, outside of the yeast's target range. After 36 hours active fermentation was over. I am scared that the beer will be too light and/or will have all kinds of off-flavors due to my failure to control my fermentation temperature. The beer will be double dry-hopped. With any luck that can mask any imperfections.

We will be pouring this beer, Curly's Milk Stout, as well as a saison my girlfriend developed at Ales for ALS on October 24. It is a great event and you should come!