Jim Koch has asked "what is spring?" In the past when he has changed Samuel Adams' spring offering. In the past decade Boston Beer Company has gone from White Ale, to Noble Pils, to Alpine Spring, and last year to Cold Snap. Harpoon has relegated Celtic Ale to six packs and started pushing The Long Thaw last year.

Bock is a traditional spring beer. It was brewed late in the fall and before refrigeration it was lagered in caves during the cold winter months. By March the beautiful, malty perfection was ready to go. One way or another I will brew a Bock or Dopplebock for next spring. For this year Narragansett Bock, Weihenstephanner Korbinian, and Pretty Things Bocky Bier will have to fill the void.

The major beer-drinking holiday during Spring is St. Patrick's Day, making Irish styles of beer also seasonably appropriate. With Rundown Irish Red conditioning in bottles, I needed to brew my planned Irish stout ASAP to have it be ready for March 17.

Like Rundown Irish Red, Spring Training Stout is a re-brew of a beer from 2013. The beer was hugely influenced by Guinness. Guinness exports three different stouts to the U.S. Guinness Draught, a Dry Stout, is the most common. It is the beer that is poured out of the funny looking tap, or out of cans with a widget bouncing around inside. Both are methods to diffuse nitrogen into the beer. In addition to roasted coffee notes from roasted barley, the beer has a creamy mouthfeel from the nitrogen and flaked barley, along with a very subtle tartness in the finish. At 4.3% it is the most sessionable of the three. If anybody says Guinness Draught is "heavy" just because of its color, feel free to completely disregard anything they have to say about beer. While the brewery has been around since 1759, Guinness Draught served on nitrogen is a 20th Century innovation designed to replicate ale served on cask. Guinness Extra Stout is a slightly bigger (US version 5%), and more traditional bottle dry stout. Guinness developed bigger stouts for the export market from which the Foreign Extra Stout style was born. Guinness Foreign Extra Stout at 7.5% alcohol by volume is the hoppiest and highest rated stout made by Guinness.

As much as I love Guinness Draught, I didn't want to make a clone of it. I also wanted my stout to have a little more oomph than 4.3%. What I set out to do was take the familiar taste of Guinness Draught and have a similar flavor in a bigger beer. The original beer was one of the smoothest stouts I've ever had. My cousin's wife said it was the best stout she ever had. Revisiting the beer two years later I set out to make the smoothest Irish stout I could. A beer I would enjoy at home on St. Patrick's Day.

This time around I doubled the amount of flaked barley to further enhance the creamy mouthfeel. I mashed it with even more Malting Company of Ireland Irish Stout Malt to convert the increased percentage of unmalted grain, and added only 3.15 pounds of Maris Otter malt extract at flameout. Roasted barley is essential in an Irish stout. To further darken the beer I used a de-husked roasted malt from Germany, Carafa III. It is just as dark as Black Patent Malt, but the with the barley husks removed it doesn't add nearly the astringency that other roasted malts do.

It is believed Guinness blends a small amount of sour beer to Guinness Draught, which is what gives the beer it's slightly sour finish. The easiest way to add a similar flavor as a homebrewer is to add lactic acid or Acidulated malt. On brew day I realized I was out of Acidulated malt and started to panic. Luckily I found this post on the BeerSmith blog that recommended pulling some un-fermented wort and letting it sour naturally before boiling and adding it to the fermenter.

Souring beer is similar to making sourdough bread. The wort or the mash is exposed to the elements. Wild yeast and/or other organisms that are naturally present in the air will infect and sour the beer. Once the soured beer is boiled the bugs are killed off and are not a threat to the rest of the wort when added to the fermenter. I filled a one pint mason jar and covered it with a coffee filter. That will keep dust out, but still expose the wort to the air.

The rest of the brew day wasn't much better. I made a mess while bottling the Irish red. My bottling wand slipped off it's tubing and beer gushed everywhere. I mashed the stout with too much water and didn't finish with enough wort. I had to boil some additional top-off water which caused the wort to take longer to cool to safe yeast pitching temperature. I knocked over my test tube with my hydrometer inside breaking my hydrometer. My reading beforehand indicated my efficiency was poor and the beer will finish with a much lower starting gravity than I was shooting for.

The good news is that it should just be ready in a month. I've been very happy with my last few batches. If this one is just average or doesn't come out how I have envisioned it's not the end of the world. 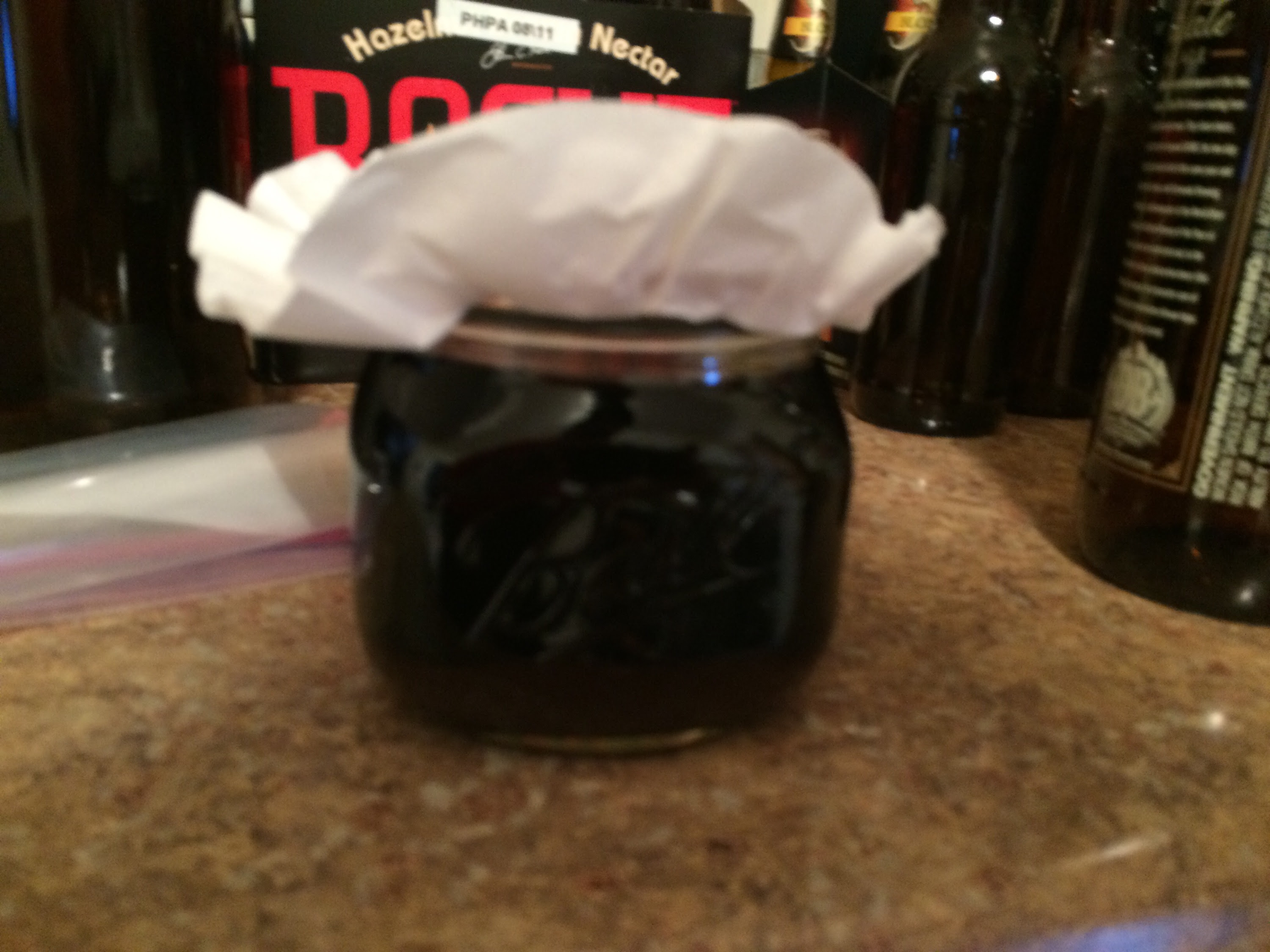 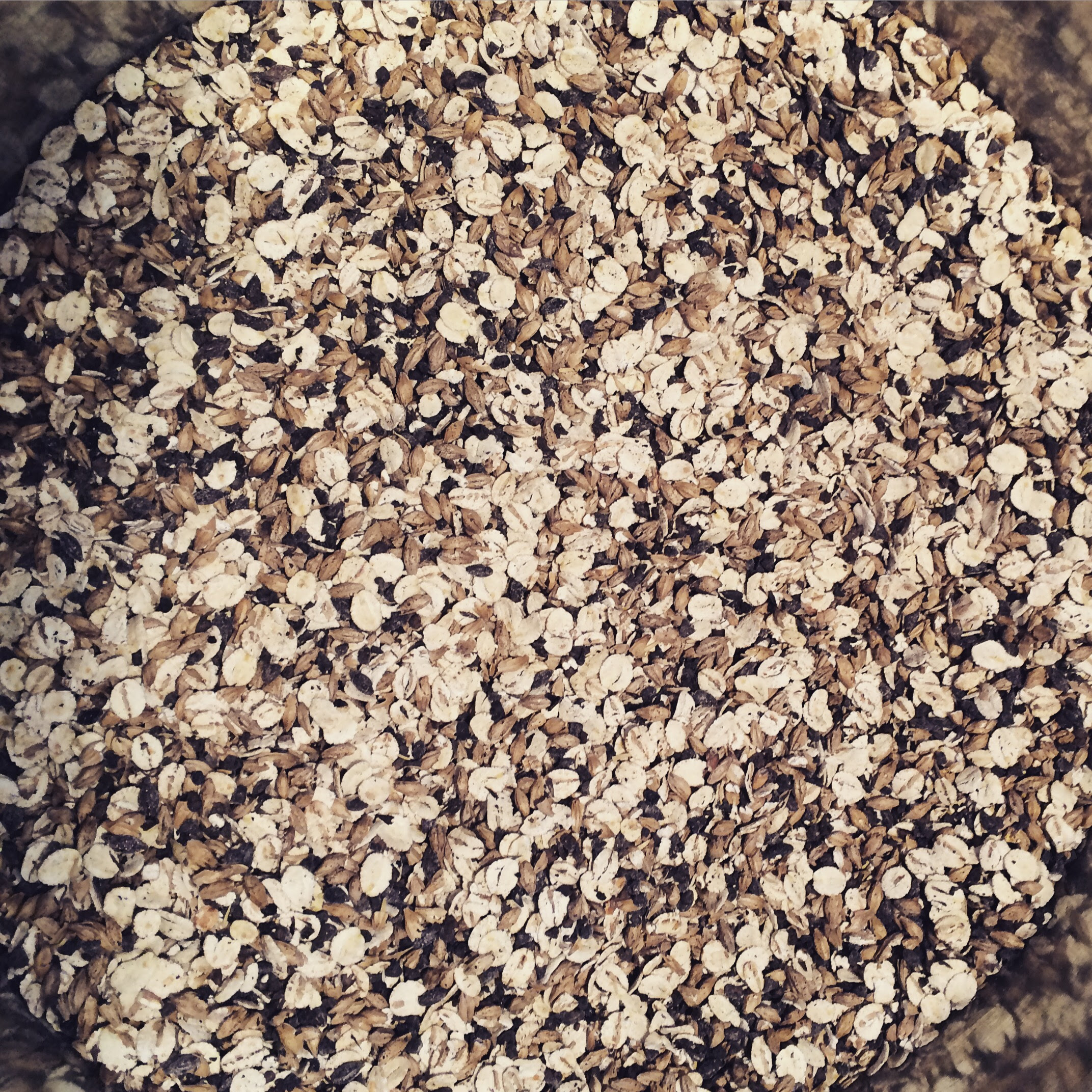