Cloning The Substance - Part I

Sean, my new team lead at work might arguably be more of a beer nerd than I am. He is deliberating making the leap and to start homebrewing, but when it comes to appreciating craft beer Sean has me beat. Sean is all over Beer Advocate looking for new beers to try, news on when beers are being released, and looking for people in other parts of the country to trade beers with that aren't distributed locally. When I told him my girlfriend and I were going to Portland for Beer Camp last month he told me to pick him up some of The Substance by a brewery in Portland called Bissell Brothers. I had never heard of the beer or the brewery. It took me an embarrassingly long time to remember the name of the brewery and stop calling the beer The Sustenance. I can't tell if I am getting old, if beer is effecting my brain function, or both. 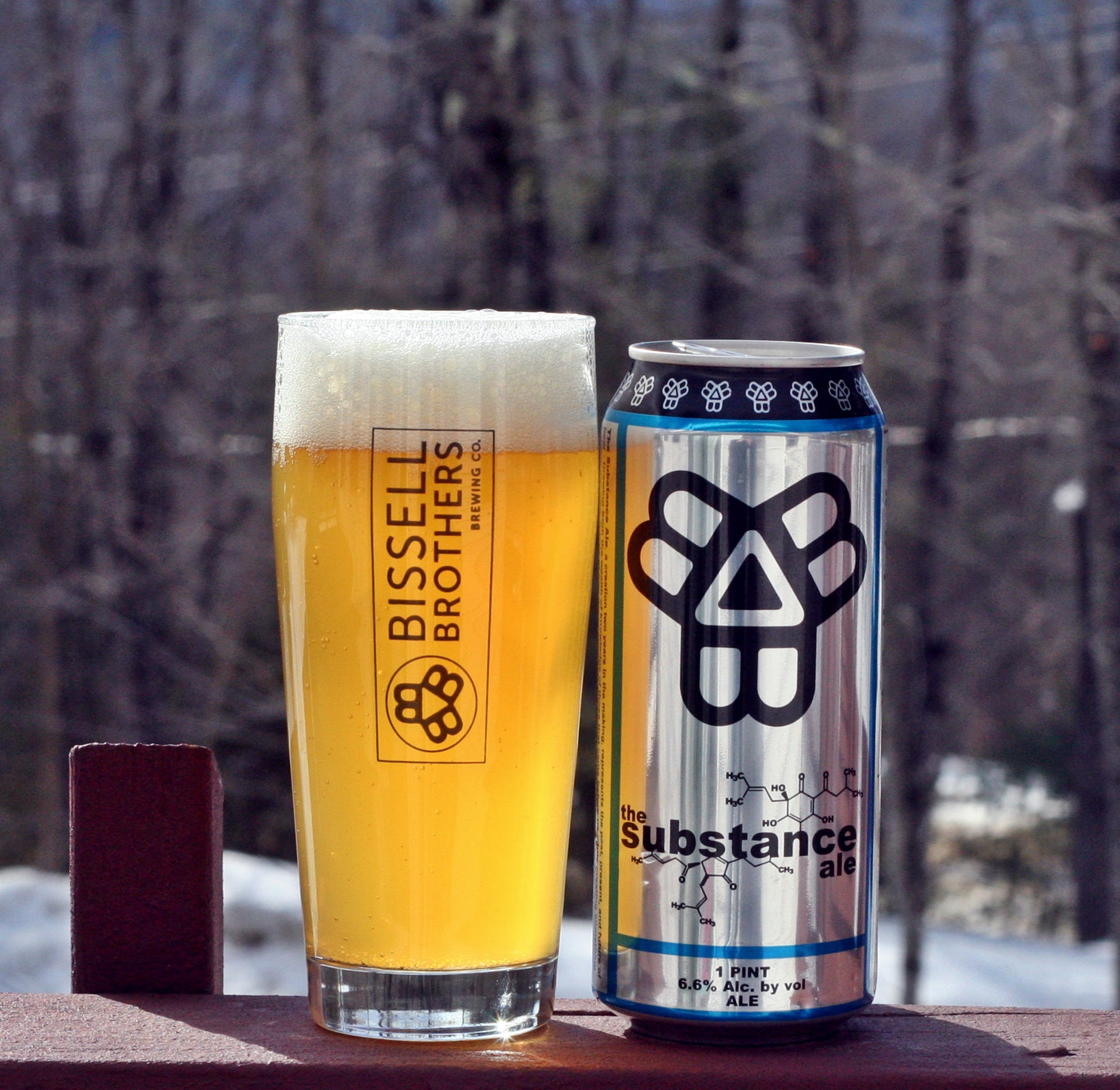 I figured while we were up in Portland I could stop into a store easily enough and pick up some. The Beer Camp festival was on a Friday evening. While we were in line waiting for the gates to open we struck up a conversation with the people next to us who were locals. I mentioned that we were going to pick up some of The Substance and the locals laughed at me. Evidently the stuff is impossible to get. Considering it has a 96 rating on Beer Advocate, and a 4.1 on Untappd, it should not have been a surprise that it is the latest and greatest "wait-in-line IPA".

Bissell Brothers were pouring at the festival, and minimally I had to try the beer to see what the hype was all about. Being close to the front we made a beeline to where Bissell Brothers was set up. When we made it to their booth there were only a half-dozen or so people in front of us in line. While we waited I overheard somebody in front of us ask where he could find the beer. Whoever was pouring said they only can the beer a couple of times a month, but that they would have some available at the brewery the next day. They opened at 1:00 p.m., but if you got there at 12:30 p.m. you should be able to buy some.

When we made it to the front I got a sample of The Substance, and my girlfriend the other beer they were pouring Baby Genius, and we shared both. The Substance Ale is a single strength IPA that weighs in at a middle of the road 6.6% alcohol by volume (ABV). The beer was an onslaught of hop flavor as waves of different flavors crash over your palette. It was an excellent IPA and we were lucky to have gotten a taste because they were out of beer by end of the night. I am not one to wait in line for anything, but I could deal with waiting for half an hour to be able to try more than four ounces. Scoring points with a superior at the office isn't a bad thing either. We ended up making it to the brewery the next day and buying two four packs each of The Substance. 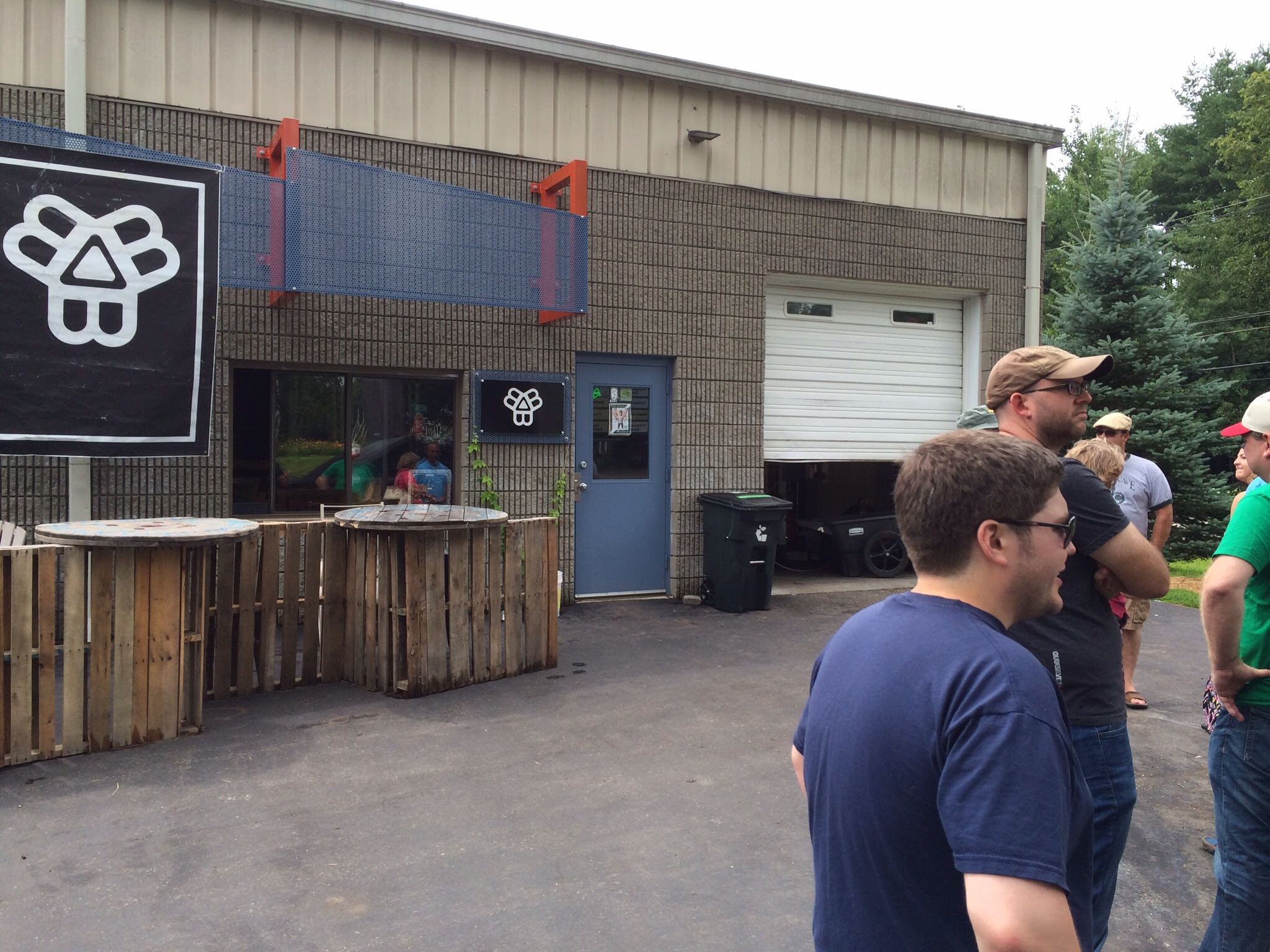 Cloning commercial beers is a reason a lot of people get into the hobby. This is especially true of rare beers and/or beers that aren't distributed nationally. Living in Massachusetts it is easier to brew Speckled Heifer or The Plinian Legacy than to find Spotted Cow or Pliny the Elder.  I have bought a couple clone kits, but have never been one to try to copy a beer somebody else has brewed. Since cloning is one of the attractions of the hobby, and it was something I had never done before, I thought it would be fun to try and clone The Substance and write about it here. At the brewery I took a picture of a chalkboard that listed the hops used and the ABV. Once I was home I could crack open a can and try to reverse engineer the beer.

In Part II I will have more on how I came up with the recipe.