The first ever batch where I employed a partial mash, a process that involves obtaining a percentage of your batch's fermentable sugars from mashing grains, and then topping that off with malt extract, was a beer called Bases Loaded Bock. 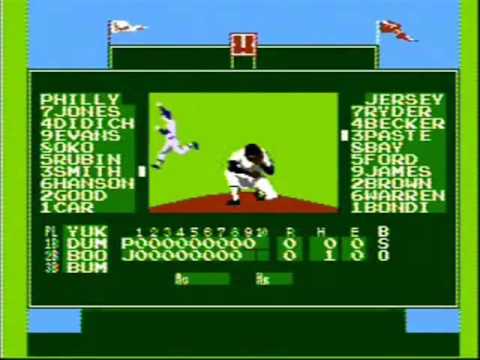 At that time I was still very green as a brewer. Looking back I formulated my recipes with the same skill level as a monkey on a typewriter. Somehow with this batch the monkey managed to bang out the Great American Novel. Well, that might be a bit of an overstatement, but compared to most of my early batches this beer was outstanding.

After hoarding the beer over the years, I brought 12 bottles to Jamboree. On Friday night before the main festival, there was an Oktoberfest celebration where attendees were encouraged to bring German-styles beers. Revisiting the beer and sharing it with other brewers reaffirmed that the beer was good in its own right and not merely in comparison to my earlier batches.

My original plan was to re-brew Bases Loaded Bock the same day as my Pulpwood Stacker Dark Lager and ferment both in Andy's shed using a heat wrap for my fermenters. To make a double brew day easier, I reformulated the recipe as an extract batch while staying as faithful to the original as possible. When I couldn't find the Vienna Malt extract my revised recipe called for I bought Vienna Malt and changed my recipe back to a partial mash. While the first batch straddled the line between a regular bock and a dopplebock, I also increased the original gravity to push it over the line.

My planned double brew day never materialized when I didn't give myself enough time to make two large yeast starters. My ingredients for the new bock sat for around a month. Finally I decided to just use harvested yeast from Endicott Red and get it over with. After winning a medal in a lager category, and tasting other lagers brewed with WLP810 San Francisco Lager yeast, I think it should work just fine. My friend and occasional co-worker at Modern Homebrew Emporium Nate brewed a schwarzbier with this yeast and it tasted like a lager to me.

For good measure I also threw in two expired packages of Wyeast 2308 Munich Lager. This was the yeast I originally intended to use. The Munich Lager has a higher attenuation than the San Francisco Lager, and I am hoping that it will help here. It is easy for a big, malty lager like this to finish heavy and sweet. 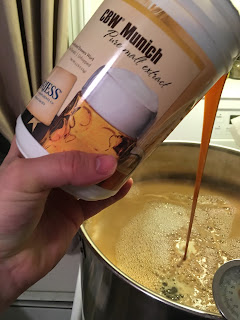 Brew day was fairly smooth. As I added the last bit of malt extract, I noticed that my wort looked to be a little light. I forgot to add the Carafa III malt. A dobblebock doesn't have to be brown, it can be lighter. This wasn't as disastrous as forgetting to add extract.

Since both the grist, starting gravity, and yeast were all different from the original, it only made sense to rename the beer. I probably won't lager it in the traditional sense by storing it at near-freezing temperatures, but I will let it condition for eight weeks in a secondary fermenter.

Come to think of it, it should be ready for my club's competition in May.