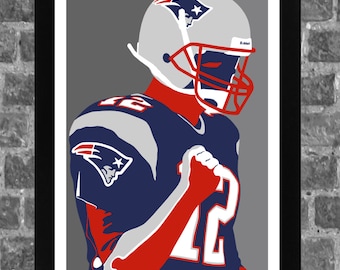 Jim Koch likes to talk about how Samuel Adams with first its Triple Bock, and later Utopias pioneered barrel-aging of beer. Goose Island makes similar boasts as it has been brewing Bourbon County since the 1990s. Going back to the beginning of the craft beer boom Bourbon County Brand Stout is probably the most influential barrel-aged beer from the craft beer movement.

Alas before these beers hit the market, before the craft beer boom, the first and most legendary barrel-aged beer was Thomas Hardy's Ale. This English Barleywine was first brewed in 1967 by the Eldridge Pope Brewery on the 40th anniversary of author Thomas Hardy's passing. This big and boozy brew was aged in sherry casks. The bottle told the drinker that the beer would improve with age.

Several years later the beer was brought back. Quite difficult to brew, the recipe was tweaked over time and the brand was passed around by various brewers. Production eventually stopped in 2008 until recently a new group has sought to resurrect the beer. From the beginning the beer was designed to be aged, and over the years vintages of Thomas Hardy's Ale have been commodities on the secondary market.

Beer historian Ron Pattinson has published the original recipe on his blog. This would actually be a great beer for our club's barrel project. Since the club has just brewed a barleywine, I used it as the basis for my own recipe.

Brewing an all-grain batch larger than three gallons with a full boil on my stove-top is a struggle. The only way I could brew a 12% beer in my apartment would be to use malt extract, lots and lots of malt extract. I used a mix of English Maris Otter, Extra Light, and Plain Wheat extracts from Munton's. To boost the alcohol and lighten the final gravity I also added one pound of corn sugar. To put it in perspective this is roughly triple the amount of extract I used in my first-ever batch.

My plan was to brew the beer on a snowy night while I bottled Dundalk Irish Heavy. A beer this big will need a lot of yeast. After bottling the Dundalk, I had plenty of yeast I could harvest from the bottom of the fermenter for my barleywine.

While the Ringwood Ale 1187 from the Dundalk will give the beer the English character I am going for, alone it isn't the best choice for a barleywine. It's attenuation is low, and it is only alcohol tolerant up to 10% ABV. Ringwood alone would likely leave an overly malty and heavy finished beer. My manager at the Modern Homebrew Emporium where I have been working on Saturdays Eamon, brews a barleywine every year on New Years Day. With his barleywine, Eamon pitches a second yeast, WLP099 Super High Gravity Ale Yeast when he racks his beer to a secondary vessel. Rumored to be the actual Hardy yeast, it is alcohol tolerant up to 25% with exceedingly high attenuation. This should make sure my beer finishes with the way I want it to.

The other modifications I made to the recipe were driven by frugality and ineptitude. For hops I used Nugget for bittering and Liberty for flavor because I had both in my inventory. A 90-minute boil should drive off most of the American hop flavor from the Nugget. The Hallertau-derived Liberty has more of a continental flavor which shouldn't be too out of place. Pattinson's blog suggests Eldrige Pope used Hallertau and Styrian Goldings.

After tella brewers cleaned the shop out of Crystal 80 and 90 before Orthodox Christmas, I adjusted my specialty malts to be a mix 0.375 pounds each of Caramel 60 and Caramel 120. As I started my brew several hours after carrying my ingredients inside, I couldn't find my bag of crushed specialty malt. I went back out into the snow to check my car, the bag wasn't there. If I dropped it on the ground between my house and my car, the bag was long since burried in snow. I was irate that a small bag missing malt could ruin my brew day.

After my meltdown I looked through my stock of ingredients to try and find a specialty malt that would work. I found a one pound bag of Briess Caramel Rye malt that was swag from Homebrew Con. The color contribution should be similar, but I expect the flavor to be different. Anyone who has eaten a rye seed off a slice of rye bread or a bagel has an idea of the flavor rye can impart in a beer. Compared to all the extract, it is a small percentage of the grist. If it gives the beer a unique character then I am all for it. What's the point of homebrewing if you're not willing to try stuff?

In addition to pitching the new yeast, I plan to add some oak cubes to the beer just as I did with Pyrite Pistol. Based on feedback I received from a competition, I'll add more oak cubes and give the beer more time to age on the oak. Since there is caramel rye malt in the beer, maybe I will soak the cubes in rye whiskey!